*OtterAquatics is reader-supported. When you purchase something through an outgoing link, we might earn a commission.

*OtterAquatics is reader-supported. When you purchase something through an outgoing link, we might earn an affiliate commission. 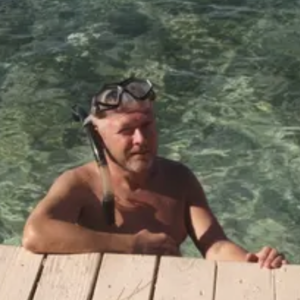 Hi! This is Steven

Steven has had a lifelong obsession with fish keeping since he received his first pair of guppies at the age of five. Growing up in the Great Lakes State of Michigan, he loved actively exploring the lakes, rivers, and creeks in search of small fish to collect and study in home aquaria.

He eventually began managing pet stores and has had lots of experience with all facets of fish keeping. An active member in local fish clubs, he started breeding rare livebearers, killifish, rainbow fish, African Cichlids, and finally reached the apex of freshwater aquarium keeping when he started to breed Discus.

Eventually, he moved on to marine aquaria and started to propagate coral and breed saltwater fish and invertebrates.

Steven has kept and bred dozens of breeds of fish, and designed and maintained both freshwater and reef systems, giving him a very well-rounded knowledge base and immense passion for the aquarium hobby.

He eventually decided to give up his hobby and opt for studying his favorite subjects in the wild.

He sold his reef tanks off and moved to Central America.

Steven is currently living in the biodiversity-rich Central American country of Belize. He spends his free time trying to document the many inland freshwater fish species and is trying to master the fine art of micro fishing.

He’s currently in pursuit of the Mangrove Killi fish. This obscure little fish is most unique. It’s the only fish in the world that that can be found living in the trees. This tiny fish lives in ephemeral pools of water around the roots of mangroves or in the cisterns of bromeliad plants that grow high up on tree branches. They are capable of altering their gills and can live through times of drought while breathing through their skin.

If that’s not amazing enough, they are also the world’s only known hermaphrodite vertebrate that is self-fertilizing. While surviving for months in moist spots in the trees, being stranded high and dry makes it hard to find a mate. But evolution has found a way, and fortunately, this little killifish doesn’t need a partner to reproduce!

His long-term plans while living in Belize is to eventually start a farming industry for both fresh and saltwater fish/inverts, work with conservation programs, and build a large-scale aquaponics unit to help educate people about permaculture and food security. He loves botany as well and enjoys collecting and propagating native epiphytes (air plants) like orchids, bromeliads, ferns, and cactus.

OtterAquatics is a participant in the Amazon Services LLC Associates Program, an affiliate advertising program designed to provide a means for sites to earn advertising fees by advertising and linking to Amazon.